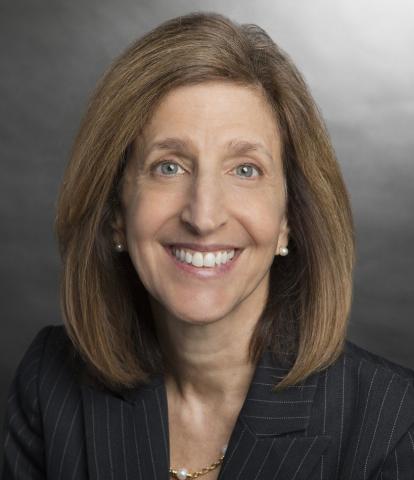 Margaret “Margie” Doane became the Executive Director for Operations in July 2018. This is the highest-ranking career position in the agency, with responsibilities for overseeing the agency’s operational and administrative functions, and serving as the chief operating officer.

Doane previously served as the agency’s General Counsel from November 2012 to June 2018. In that position, she oversaw the Office of General Counsel and directed matters of law and legal policy; provided legal opinions, advice, and assistance to the agency; monitored adjudicatory proceedings; provided legal interpretations; and represented and protected the interests of the NRC in legal matters, among other responsibilities.

Prior to that position, Doane served for five years as the Director of the NRC’s Office of International Programs. She was the principal liaison between the international regulatory community and the members of the Commission as well as civilian nuclear policy-making bodies within the federal government involved in international activities. She also served for three years as the office’s Deputy Director.

Doane began her career at the NRC in 1991 as a Special Assistant (Legal) in the Office of the Secretary. She later served for seven years as an attorney in the Office of Commission Appellate Adjudication before joining the office of Commissioner Jeffrey S. Merrifield, where she held progressively responsible positions before ultimately serving as his Chief of Staff. She is a 2004 graduate of the NRC’s SES Candidate Development Program.

Prior to joining the NRC, Doane was an attorney advisor for the Department of Veterans Affairs, Board of Veterans Appeals. Doane received a bachelor’s degree in Economics from Loyola College in Baltimore. She holds a law degree from the University of Maryland School of Law.