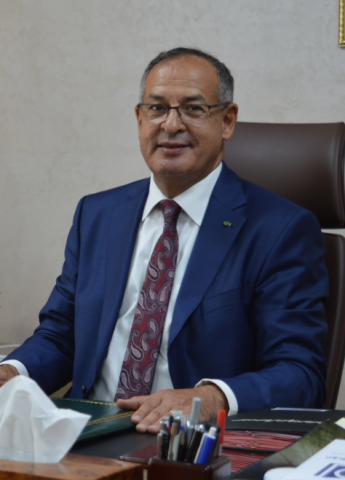 Dr. Mrabit has more than 30 years’ experience in nuclear and radiation safety, and nuclear security. He joined the IAEA in 1986, where he was involved in and assumed responsibility for many safety and security programmes until 31 May 2016.

From 1 April 2011 until 31 May 2016 he was the Director of the Division of Nuclear Security within the Department of Nuclear Safety and Security at the IAEA. He was responsible for planning and implementing the IAEA Nuclear Security Plans and Programmes approved by the IAEA's Board of Governors and endorsed by the General Conference. This included, inter alia, the development of Nuclear Security Guidance publications and provisions for their use and application through education and training courses, Coordinated Research Contracts, Peer Reviews and Advisory Services, conferences and information exchange events.

On 1 June 2016, Dr. Khammar Mrabit returned to the Kingdom of Morocco to become the first Director General of the newly created Moroccan Agency for Nuclear and Radiological Safety and Security (AMSSNuR), the national Regulatory Body regulating nuclear safety, security and safeguards. He set up a vision and a Strategic Action Plan for 2017-2021 to establish and maintain an independent, credible and recognized Authority.